Here's another one that got away in my absence. Claire Hunter is a singer/songwriter from Toronto. We recorded this last summer at 6 Nassau. Claire sang and played guitar. I played piano, organ and made my recording debut as a drummer. Alex McMaster arranged and played the string parts. Special thanks to Collin Thompson for acting as assistant engineer while I did my session musician duties.

The record is available on iTunes.

In Drift is a dream pop band from Toronto. Equal parts shoegaze, surf, new wave and the best friend any effect pedal manufacturer could ever dream of.
They recorded most of this record on their own but were nice enough to ask me to help out tracking drums and mixing. Both jobs were done at 6 Nassau last year. 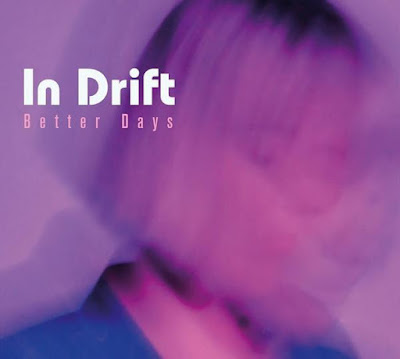 Here's another gem that came out in my absence. Carpet of Horses is Tobin J. Stewart. Tobin and I have been working together for quite a while now. We met many years ago when he interned with me at the original Junkshop garage studio. Shortly after that Tobin engineered the writing/demo sessions for the last FemBots record Calling Out. Tobin now lives in Italy. Besides making his own music he has become a very good producer and engineer. A few years ago we worked on the Ishaq record Remedies together.

Red Paper Flames was recorded by Tobin while he was living in Berlin. We mixed it at 6 Nassau in the summer of 2015 (I think). It was mastered by Andy Magoffin at the House Of Miracles.

The vinyl version of this album is a signed, numbered 300 copy limited run with silk screened, hand made cover. Each copy comes with a bonus CD of the first 3 Carpet of Horses EPs assembled as a single long player. 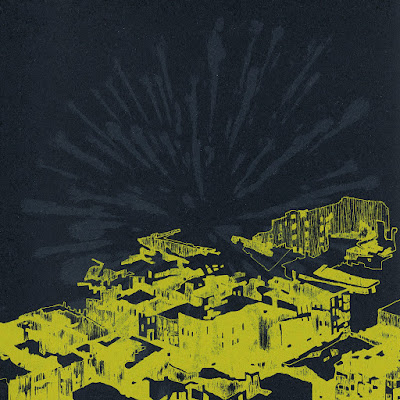 Here's a new one. BBBRTHR is an electronic project by Paul Waltenbury. I don't get to work on electronic records nearly as often as I'd like. This one was really fun to make and I think it turned out beautifully.
We recorded this album in Paul's living room over the course of two weekends. Paul played and programmed everything. It was mixed at the Junkshop and mastered by Andy Magoffin at The House Of Miracles.

Here's another record that came out during my absence from posting here.
Brian and I started work on this record 4 years ago. Recording progressed in fits and starts for a few years and then the record sat on a shelf for a few years while everybody involved had kids and looked after real life. The record finally came out in September and it's a gem.

There are a bunch of blog posts about the making of this album but here are the details as best as I can remember -
This was supposed to be a quick stop gap record to give Brian some time to work up new song for his next full album. The idea was to quickly knock out a record of Ryan Levecque covers. In spite of the original plan the project took on a life of it's own and kept growing and growing. In the end this record is about as close as any us will ever get to making a Randy Newman album. Four years later this is still one of my favourite productions and I feel lucky to have been involved. Please go listen and buy a copy.

Songs by Ryan Levecque, singing and guitars by Brian Dunn, Matt Foy on drums, me on piano, organs and bass, Paul Dunn on ripping guitar solos, strings arranged by J. J. Ipsen and played beautifully by Amanda Penner and Alex McMaster, horns arranged and played by Tyler Greenleaf with baritone sax by Olivia Shortt, sleepy/drunken backing vocals by Matt Beech, Brian and myself.
Recorded at Cosmic Dave's Sound Emporium and 6 Nassau. Mixed at 6 Nassau and mastered by Andy Magoffin at the House Of Miracles.

I'm realizing that it's been ages and ages since my last post here. It's been a bit of a whirlwind over the last 6 months. 6 Nassau closed up shop at the end of June and I returned to life as a freelance engineer and producer for hire. Since then I've been getting my bearings and working on a bunch of different projects (see other posts for details).

Here's a really cool project that came out last year. The artist is Dylan Hudecki aka The Dill. Over the course of 2016 Dylan release a song a week. 52 weeks, 52 songs. I handled some of the recording on a few of them although my memory of the sessions is a little fuzzy.

The first one linked here - "Nothing Was Ever The Same" was tracked one evening at 6 Nassau with Dylan playing piano, guitar, farfisa organ, toy piano, and percussion as well as singing. Andrew Scott played drums, bass, guitar, and percussion.

The other 3 were recorded ages and ages ago at the Junkshop (aka my basement). I have almost no memory of that session except that Dylan recorded bits and pieces for a lot of songs.