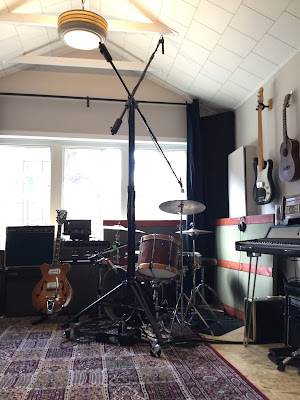 The Junkshop is the Toronto recording & mixing studio that has been my home base for most of my recording career.

The Junkshop started life in the spare bedroom of my apartment before moving into a converted lane-way garage in the heart of Toronto's Little Italy neighbourhood. The garage space was originally built as rehearsal and recording room for my band The FemBots. After a short while we opened the door to friends and fellow musicians and before we knew it we were producing records. After eight years of collecting instruments and recording equipment the original space felt like it was bursting at the seams. 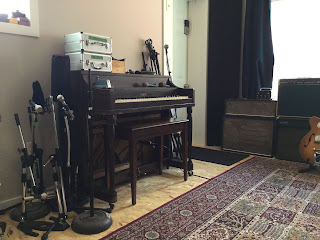 In the summer of 2009 the Junkshop moved into a new space in the basement of my home in the College and Dovercourt area. A few years later I began working full time out of the 6 Nassau studio in Kensington Market and the Junkshop became my writing room and a mix/overdub space for projects that didn't have the budget or need the space of a commercial studio.
Since the closing of 6 Nassau in 2016 my tracking work has gone freelance often ending up at Sonology, Palace Sound and The Dining Room in Toronto and Cosmic Dave's Sound Emporium in Sudbury.

In the fall of 2018 I opened the latest version of the Junkshop. The studio is once again located in a converted laneway garage (a few blocks west of the original). It's a modest but great sounding space with a 15' ceiling and tons of natural light.

The Junkshop offers Pro Tools mixing and recording capabilities via SSL converters and a vintage Soundcraft  500/600 console with a large selection of new and vintage outboard gear, mics, pre-amps, instruments and amplifiers. Analog formats available include 16 track 1/2", 8, 6 and 8 track cassette.


As an added bonus, because the overhead costs here are very low I can bill by the hour or sometimes by the project.

Email for rates and dates - junkshop.dave@gmail.com