Here is Taddle Creek Magazine publisher Conan Tobias unboxing the test pressing of a flexidisc that will be included in the next issue. A flexidisc inside of a print magazine is kind of like finding a fossil inside a fossil. Who could turn down a job like that?

Taddle Creek is a Toronto concentric poetry magazine. I've done many recordings for them over the years, most notably the Taddle Creek talking issue which included a CD of all the writers reading their pieces. You can hear that here - https://www.taddlecreekmag.com/the-taddle-creek-talking-magazine 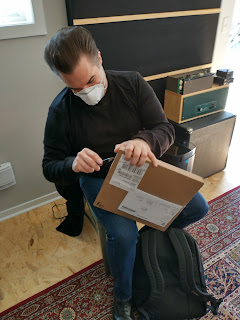 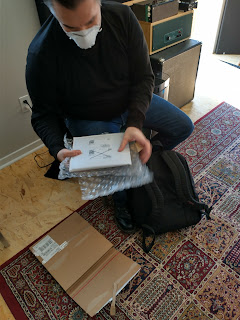 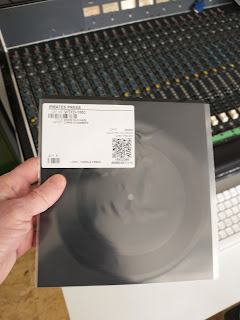 Older Brother on the Steel 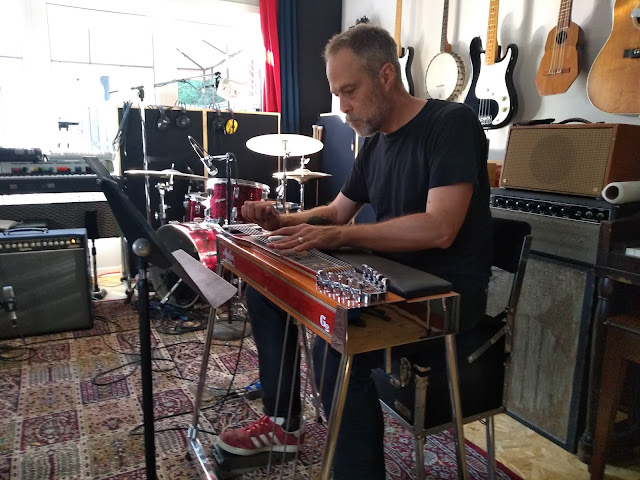 Had my brother Duncan in for a steel guitar session today.  This makes it twice in a month. He's becoming a fixture at the studio.

Celebrating my first in-person recording session in a year and a half. I spent two days this week at Andy Magoffin's House of Miracles in Preston, Ontario with Heather Dale & Ben Dechamps. Heather was recording some grand piano on day one and day two was devoted to Ben Grossman's hurdy gurdy and world of percussion instruments. Heather and Ben (Dechamps) are working on a new installment of their Incantations series of ambient records. It feels good to be back to work. 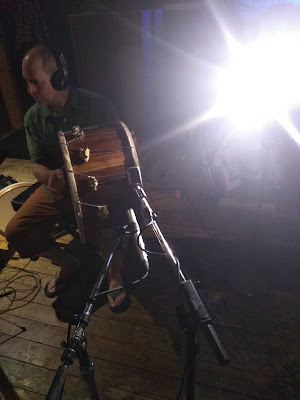 I wrote arrangements and played on a few songs on Nathan Lawr's new record Apocalypse Marshmallow. He sent me some very bare bones demos and was kind enough to stand back let me do whatever I wanted with them. Once I finished my bits he went and made the songs even better. It's nice when that happens. Even better when the results are good.

Our love letter to Toronto back when it was on the cusp of transforming from cheap, dirty and fun into whatever it is now.

We're slowly re-releasing the FemBots back catalog. Our deal with Paper Bag Records expired a few years back and the records have slowly been disappearing from streaming services since then. Mucho Cuidado and Small Town Murder Scene have just been re-up'd. The rest of the catalog will roll out over the next couple of months followed by a collection of unreleased works and a new record(!) hopefully by years end.

Farm Crime Season 2 is now available to stream on CBC Gem. You can watch all 6 new episodes here.
As with season one Brian Poirier and I composed and recorded the score here at the Junkshop. Season one was recorded on a Tascam 488 cassette 8 track machine. For season two we moved up to a Tascam 238 (the Rolls Royce of cassette 8 tracks) and the Vestax MR66 (6 track cassette). Once tracking was done everything was transfered to Pro Tools for mixing and editing.
Covid caused some heavy delays with this season. The production stretched over a year with lots of downtime followed by a frantic scramble of activity. Brian and I were lucky enough to have some fruitful sessions early on in the pandemic when we could still be inside together but some of the pieces had to be written by correspondence. Never our favourite way to work. Still, I'm quite proud of what we accomplished when just getting the season done and out feels like an accomplishment.

My long lost, long dead band Hummer has finally been dragged into the future and onto the internets. Hummer were a short lived rock & roll band that existed in the lull between the Toronto indie rock booms of the early 90's and early 2000's. The band was made up of myself, Brian Poirier, Mark Hansen and Ron Hawkins. We released one record, made a second but didn't put it out and with the exception of a handful of shows existed mostly in our own imaginations.
Brian and I started the bedroom recording project that would become FemBots during Hummer's last year ('97 I think). Mark joined Ron in the Rusty Nails.
You can find both of our long lost records in all the usual spots - Bandcamp, Spotify and the rest. Go listen to me learning to sing and sounding like I'm having an aneurysm.

In Principio (Incantations I) - Heather Dale

In Principio is the first release from Heather Dale's Incantations project. If my info is correct she'll be releasing a song every month from this project.
Incantations takes an ambient approach to early classical and medieval melodies. We did the main recording in late spring of 2019 at the Junkshop with Heather on vocals, keys, flutes and hammered dulcimer, Ben Deschamps on synth guitar and all manner of stringed instruments, Ben Grossman on percussion and hurdy-gurdy and myself on tape loops and studio treatments. Photos and details on the session can be seen here.

I've been mixing and mastering the songs here at the Junkshop.

Update July 2021 -
Incantations 1 & 2 are both out and available at heatherdale.com as well as all the usual streaming options.

FemBots - Back to the Junkshop

After a 10 year break for life, kids and other diversions my band is back in the studio making new music. We started at the beginning of December and tracked 5 songs over a somewhat relaxed weekend. This time around we're working live off the floor as a mostly acoustic quartet. Our old friends Nathan Lawr or Greg Smith round out the band on drums and upright bass.
It was a tight squeeze getting everything set up in my tiny studio but the results are sounding really great. My set-up photos are below.
More to come....

Here's a great one that I mixed for the Buffalo NY band Whitetails. They tracked it themselves at home (and really nailed it) and I mixed at the Junkshop. Hopefully we'll hear a lot more from these guys. They're fantastic.

Here's a new entry in my long series of collaborations with Matt Foy. This one was recorded to 6 track cassette (!) at Cosmic Dave's in Sudbury. Mixed and mastered at the Junkshop. As always, Matt wrote the songs on the spot in the the studio and played all the instruments.

The cassette 6 track used is a Vestax MR66 made towards the end of the cassette multitrack boom in late 80's or early 90's. It's a great machine that can give surprisingly good results. It's tons of fun too. 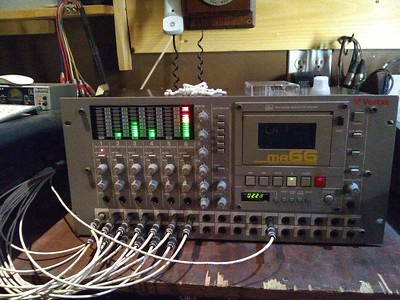 King Of Mars is Howard Buckstien's 7th record and his second collection of children's music. Although it's aimed at kids calling it children's music does it a bit of a disservice. Howard tells universal stories of growing up, birthday parties, bikes and breakfast and wraps them up with smart, funny lyrics and clever arrangements.
Howard and I have been making records together since the early 2000's. In my humble opinion this is his best work yet.

Recorded live off the floor at Cosmic Dave's in Sudbury. Mixed at the Junkshop. Mastered by Andy Magoffin at The House Of Miracles.

Here's my set-up shot for a session with Ali Milad.
1940's RCA Varicoustic for the vocal. AKG 414 and D224 on the guitar (plus a DI for fun processing down the road).
Ali's guitar is the whole band so we're aiming to capture it well. 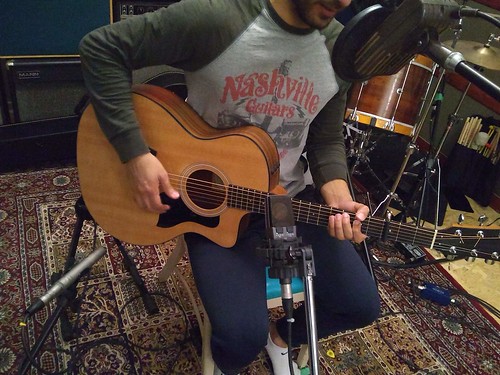 Heather Dale has released her 20th record. She, Ben Deschamps and I produced the record over a few weeks in the spring of 2018. Tracking happened at Sonology and mixing was done at the Junkshop. The record was mastered by Andy Magoffin at the House of Miracles.
The record expands on Heather & Ben’s Celtic influences and incorporates a heavy does of electronics and world music to the mix.

The record was release with a concert at Trinity Church in Toronto. 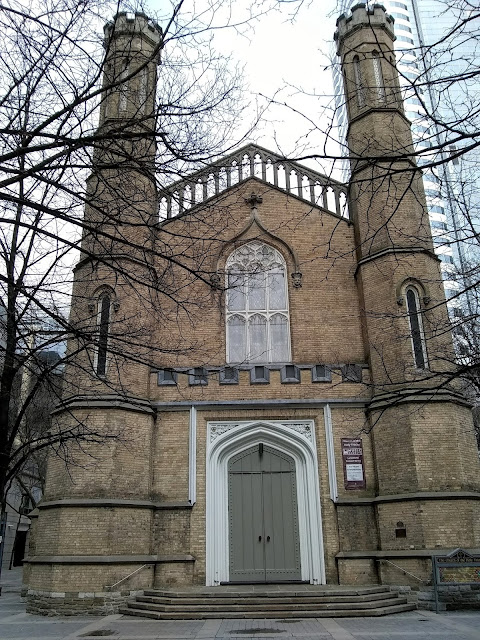 Lowest Of The Low Play the Weakerthans

On the hottest day of the year, in a studio with no air conditioning the Lowest of the Low and I recorded Pamphleteer by the Weakerthans for a charity tribute album. We started at the Dining Room in Little Italy but the heat killed the computer so we relocated to the Junkshop for overdubs. The main tracking was live off the floor with a guide vocal. We redid vocals and overdubbed back ups, acoustic guitar and horns. Ron mixed everything at home and it was done and out pretty quickly afterwards. 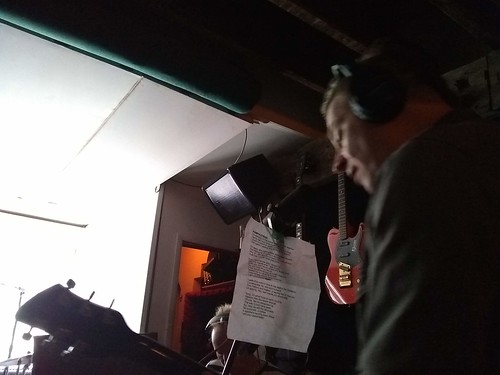 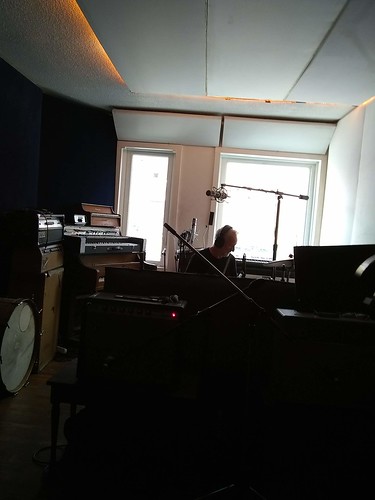 At the start of the summer of 2019 Heather, Ben Deschamps and I started work on an ambient project tentatively titled Ambient Spaces (later renamed Incantations). The concept was to make a series of ambient songs based on early classical music. The arrangements are largely vocals, synth and percussion (provided by the amazing Ben Grossman) interspersed with hurdy-gurdy, hammered dulcimer, viola and violin.

The project has begun to sprawl but we're approaching the finish line and it should start rolling out shortly. 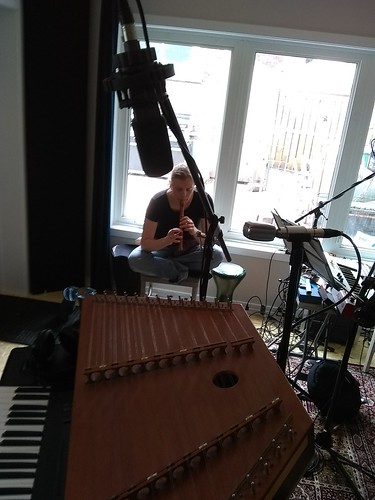 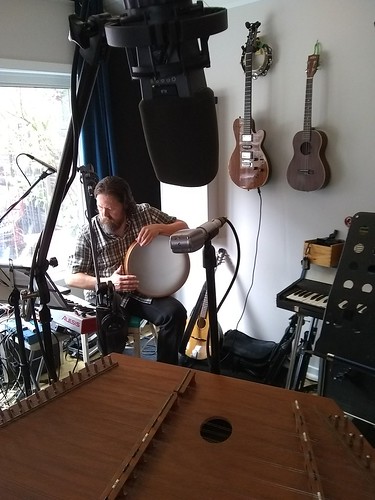 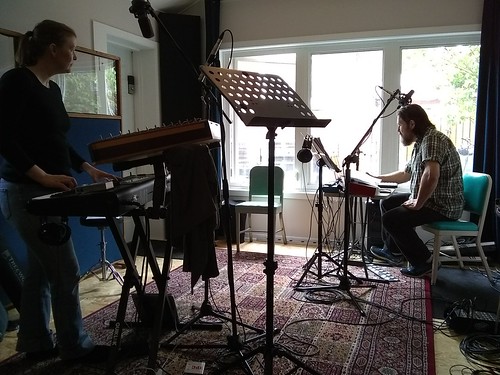 Oli Palkovits Up For Best Album at NOMFA

Congradulations to Oli Palkovits on being nominated for a Northern Ontario Music and Film Award. His record Flower of Atacama is up for best album. We made the record together back in 2017 over three nights at Cosmic Dave's and I mixed and mastered it at the Junkshop. It's a gem.

Joe LaBine hard at work trying to figure out how to play these things. Apparently it involves a ladder and rubber hammers. 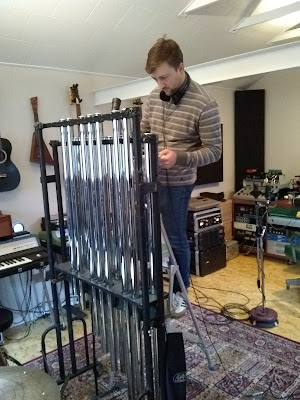 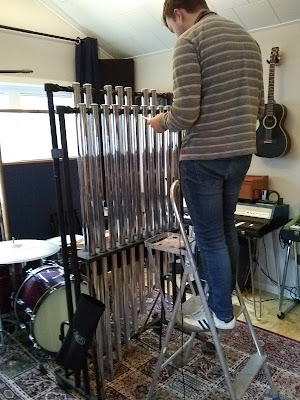